Let Us "Rock" Your World!

I am very excited about this month's special because I absolutely love giving massages with hot stones! Some may assume that hot stones are nothing more than a novelty offered by spas to people who want to be pampered. While hot stones ARE pampering, they are so much more than a novelty. The more I use them, the more they become a staple in my massage practice. The therapeutic benefits are amazing and the results are instantly noticeable.

For thousands of years, rocks have been used for healing by many native people including the Chinese who used small rocks over 4,000 years ago to work the meridians and bring wellness to the organs and muscles by pressing them into acu-points in order to balance the energy in the body and detoxify the organs. Some Native American tribes used stones in their healing ceremonies as I found last month when I visited the sweat lodge. Several people have developed the modern techniques for hot rock massage and there are many difference approaches out there. I received my training at the Utah College of Massage Therapy and have developed my own style over time and experience with the stones. Eileen has been trained by me in one on one sessions and will offer her own flavor to the style as well. Either way, the benefits are many and the experience is always one of a kind.

Rocks come from the earth and are very grounding. They have a presence about them that can be quite nurturing. The simple weight of a stone on the abdomen or lower back can bring awareness to that area and promote relaxation. Heat added to the pressure of the rock serves to deepen that awareness and intensify the relaxing effect. The smoothness of the rocks make it difficult for the receiver to tell the difference between the therapist's hands and the stones. Interestingly, the energy of rocks can be measured and they carry a negative charge that acts like a magnet to draw out and neutralize energy in the body. The therapist can work deeper into the tissue as the stones help to melt away the layers of tension.

Clients will feel deeply affected by this treatment on many levels. Rest and recovery time along with drinking plenty of water is recommended after a hot stone session. Also, due to the intricacy of the work with the rocks and the many phases that can be included in this treatment, a 90 minute session or longer is recommended. The only way to really know what a hot stone massage is like is to experience it and that's exactly what we hope you'll do this month.

During the month of March we'll be offering free hot stone upgrades! That means you'll only pay for a standard massage session, but you'll have the opportunity to enjoy the FULL hot stone experience. Also, this month we will allow new clients to combine their first-time client discount with this special. The hot stone upgrades will be given at your request. Because there is extra set-up time for these sessions, we ask that you give us some notice to ensure our ability to accommodate you.

While most people were at Super Bowl parties, I was sitting in a Native American Sweat Lodge in Sandy, Utah. It was a strange and wonderful experience I'd love to revisit and I don't regret missing the "big game" for one minute. It was all thanks to Brian Petersen, a massage therapist I met who recently moved here from San Diego. He told me about the active community of people here in Utah who enjoy participating in the spiritual ceremonies of the Native people who once roamed the countrysides of America.

I arrived at a private home where a local woman keeps an authentic Sweat Lodge built to the satisfaction of the Elders and there found a group of people sitting around a large fire which was being tended for the purpose of heating several melon-sized stones. The lodge was a dome-shaped framework of willow branches covered with blankets and tarp and its door was open and facing east. Inside, a pit had been dug and the dirt piled a few feet in front of the door as an alter with several spiritual symbols arranged on top. The leader of the Sweat was an older gentleman who had been trained in the Lakota ways and he spoke to us all as we sat around the fire about Wakan Tankan or Great Mystery and the purpose of the Sweat Lodge. I understood it to be a purification ceremony in which we hoped to achieve a closeness to Mother Earth and a connectedness to all things and the people around us, all of whom we could consider to be relatives.

As the sacred stones in the fire began to reach their intended temperature, the ceremony began. Prayers and songs were offered up in the seven directions as our leader put pinches tobacco into his peace pipe. Each participant was invited to take some of the sacred tobacco and offer their own prayer or intention to the fire and the stones. We then proceeded to walk around the lodge in a clockwise direction stopping at the doorway to be smudged with sage and lemongrass before crawling into the opening of the lodge. When all were seated within the walls of the lodge, the first seven stones were brought from the fire and carefully placed in the pit with antlers then positioned to represent the seven directions, north, east, south, west, sky, earth, and within. With the stones in place, the door was shut and the first round began.

Our leader instructed that a drum be played and Native songs sung while he poured sacred water representing the water of the womb, onto the glowing stones. Hot steam began to fill the small, dark, room as we all sang along in prayer. After four songs, the door was opened and some of the people took turns talking about whatever they felt like sharing. The lodge cooled, more stones were brought in from the fire, and we readied ourselves for the next round. The third round, named the "healing round" was the hottest. For a moment, I had to stop singing because I found it hard to breath in the super heated air. It was a short round, however, and it wasn't long before the door was opened again. It wasn't until the end of the fourth round that I began to feel the effects of the sweat. I felt tired and a little light-headed but I also felt a wonderful energy that offered a certain strength that I could take with me into the world.

When the final song ended, the door was again opened and it was at this time that the peace pipe was passed around. Each person took one or more puffs and then offered the pipe toward the sky to signify our connection between heaven and earth. When this was finished, the group crawled clockwise around the lodge and then out the door. I was completely soaked through and went to find my dry change of clothes. We all stood around the fire drinking water and eating snacks talking and reflecting on our experience. I did feel somewhat drained, but definitely renewed and ready to take on the world, after a good night's sleep, of course.

I can't help but feel like the Native people of this land really had a wonderful connection and harmony with the world and their spirituality is something all of us can learn from. I am so grateful to have had this experience and hope to take the energy I was able to harvest during the Sweat with me into my daily activities and even share it with all those I come in contact with from day to day. Life is a constant balancing act and being able to get away from daily routines to collect our strength is so vital to our ability to continue moving forward. I would encourage all people to find some way to recharge from time to time be it through meditation, exercise, getting out into nature, church, or whatever it is that keeps you sane. We all need some way to stay grounded.

Here is a web page with a lot of information on Sweat Lodges. The Sweat Lodge Now, go in peace, my friends.

Something as absolutely wonderful as a massage is meant to be shared. We all have someone in our lives who we'd like to see benefit from a practice that has made such a difference in our own lives. We have people we care about and we'd like to do something really cool together. Then there's that holiday, "Valentine's Day" and we've got to find a great way to celebrate it. Even the single and unattached can celebrate the holiday of love by treating themselves and a close friend or family member to a decadent massage from Salt Lake's Premiere Massage Therapy Team™.

This February, enjoy...TWO for ONE QUALITY Massage!*

Yes, you read that correctly. You and your sweetie, friend, family member, blind date, or even a complete stranger can each enjoy a rejuvenating massage, but you'll only pay for one of them. All you have to do is schedule your appointment with both Jenni and Eileen and come in together to enjoy this unprecedented special pricing. It's our way of helping to bring people together, chase those mid-winter blues away and celebrate the power of TWO.

Call either member of the Team to schedule your February appointment:

*Valid only when two people come in together at the same time to both Jenni and Eileen. No outcalls or gift certificates. Free massage must be of equal or lesser value. Not valid with any other offer.
Posted by Jenni, LMT at 10:00 AM No comments: 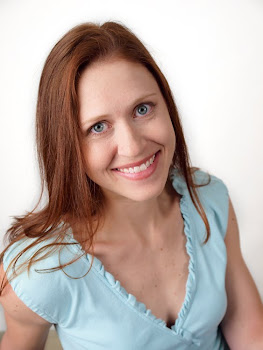